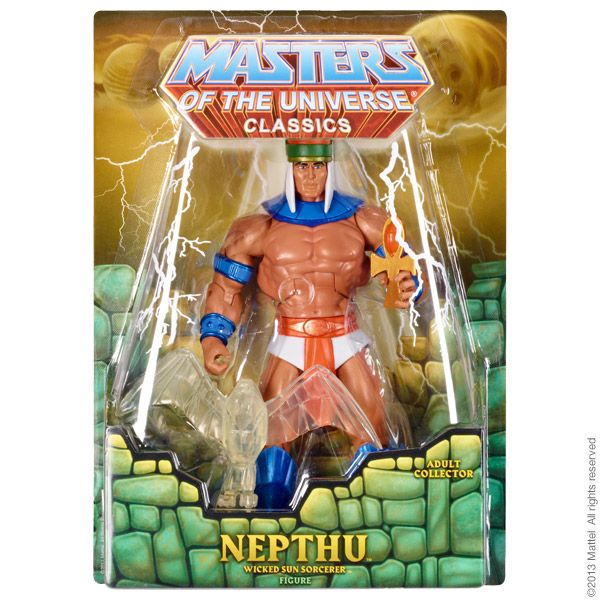 A devoted servant to Count Marzo®, Nepthu™ was devastated when his master was transformed into a powerless, old man and vowed revenge. Without magical ability of his own, he spent years scouring the Sands of Fire and Sands of Time until he was also an old man. Nepthu™ eventually found the Temple of the Sun and within it the Sun Scarab and was transformed into a young wizard with a fervent desire to control the universe. His scarab was destroyed by He-Man®, leaving him powerless, but he transformed once more when he pledged his devotion to King Hssss™ during the Second Ultimate Battleground. Nepthu™ has powerful magical abilities that include freezing energy blasts as well as the ability to block telepathy and create an army made out of sand.